US president Donald Trump called for unity, as had been previewed by his aides, in his State of the Union address on Tuesday but also pitched hard his immigration agenda that includes the divisive border wall, differences over which caused the longest government shutdown in history. On Afghanistan, a key take-away from the speech for India, Trump said his administration has accelerated the negotiations for a political solution, talking to all, including the Taliban. He said as talks progress the United States will be “able to reduce our troop presence and focus on counter-terrorism”. He did not mention either a drawdown timeline or number.

The US president also announced he would be meeting North Korean leader Kim Jong-un for their second summit on February 27 and 28 in Vietnam.And about trade war with China, President Trump said that while the two countries are working on a “new trade deal”, the US will not accept anything that does not include “real, structural change to end unfair trade practices, reduce our chronic trade deficit, and protect American jobs”. He also declared victory in the battle against the Islamic State, saying it has been evicted from “virtually” all of the territories it had held when he came into office.Trump’s speech, delivered to a packed joint sitting of US congress, lasted 82 minutes and was interrupted many times by applause, mostly partisan, from Republicans and his cabinet, but also by both sides a few times, especially on women issues.

A noticeably large group of Democrat women leaders dressed in white, in a nod to the movement for women’s right to vote, joined in for a bit with a standing ovation, on some women issues, when he spoke of job numbers for women.Trump started with a lofty call for unity.“Together, we can break decades of political stalemate. We can bridge old divisions, heal old wounds, build new coalitions, forge new solutions, and unlock the extraordinary promise of America’s future. The decision is ours to make,” he said.“We must choose between greatness or gridlock, results or resistance, vision or vengeance, incredible progress or pointless destruction. Tonight, I ask you to choose greatness.” Few minutes later, Trump plowed into immigration, asking once again for Democrats to join Republicans behind his plan. The president and congressional Democrats are stalemated on the funding of a border wall, the key element of Trump’s immigration agenda and also the most divisive, with a looming deadline of February 15 when funding runs out for government departments that opened recently after the unprecedented 35-day shutdown.Trump proceeded to pitch his immigration plan talking about caravans of illegal immigrations marching towards the US border from central America, drugs, human traffickers, murders, rape, gang violence that he has used before portray a sense of crisis needing urgent attention.

“This is a moral issue,” he said, and proceeded to talk about victims of crimes committed by undocumented immigrants. “Not one more American life should be lost because our Nation failed to control its very dangerous border.”

The US president then sought support for a plan he sent the congress earlier but which has already been rejected. It includes $5.7 billion for a wall in exchange for temporary relief for undocumented immigrants brought to the US as children and more funds for hiring extra immigration judges and border agents.

The wall, he also called it a “physical barrier”, remains the cornerstone of his plan and promise. And he is not abandoning it. “Walls work and walls save lives,” the president pitched it, one more time. “So let’s work together, compromise, and reach a deal that will truly make America safe.”Immigration was one of the five major areas he focussed on in his second the State of the Union address. The other four were infrastructure development; healthcare to bring down drug prices among other things; trade, that included talks with China and the pact with Canada and Mexico to replace an earlier agreement; and national security through military and diplomacy.While speaking of the achievements of his administration earlier in the speech, the president took a shot at the ongoing Russia investigations, some of which are being conducted by congressional committees, separately from the one led by special counsel Robert Mueller.“An economic miracle is taking place in the United States -- and the only thing that can stop it are foolish wars, politics, or ridiculous partisan investigations.”“If there is going to be peace and legislation, there cannot be war and investigation. It just doesn’t work that way!” 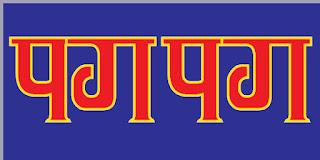